ALERTA
Más artículos
Unfolded companies: they sell from Uruguay and collect dollars, they leave part of the staff in Argentina and pay in pesos
iProUP | Economía Digital | What about Mercado Libre

Unfolded companies: they sell from Uruguay and collect dollars, they leave part of the staff in Argentina and pay in pesos

Abrupt changes in labor legislation, exchange restrictions and threats of nationalization of companies make up a complex business scenario in Argentina, which encourages many local companies to look for other places to set up their activity, especially those that sell their services abroad.

"With the pandemic, competition between countries accelerated to attract investment. But Argentina today loses by a landslide against Brazil, Chile, Uruguay and Paraguay, which have an excellent business climate, much lower production costs and, in some cases, advantages unrivaled taxes, "Mariano Sardáns, CEO of the wealth manager FDI, tells iProUP.

In effect, according to the expert, "those who leave the country the fastest and easiest are the professionals who can sell their services abroad. It is enough for them to move only part of their structure, taking Argentine personnel as independent contractors."

"If the entrepreneurs - shareholders - continue to live in the country, as is the case in the vast majority of cases, the AFIP will ensure that the foreign society is not 'paper' and really has what is called 'substance' The most chosen country? Uruguay ", highlights Sardáns.

From the Bergstein Study in Montevideo, they report that once the Uruguayan Registry of Companies was normalized after the peak of the pandemic, some 200 Argentine companies applied to settle in the neighboring country, most of them technological, in just 15 days.

In this sense, one of the most watched companies about a possible transfer of operations is Mercado Libre, which could follow in the footsteps of its main shareholder, Marcos Galperin, who has already moved to Uruguay.

According to Marcelo D. Rodríguez, from MR Consultores, "the process that is being carried out for the negotiation of the debt and, above all, due to the impossibility of accessing genuine financing, brings as a consequence a sort of doubling of the exchange rate that companies must consider at the time of the liquidation of the currencies for sales abroad ".

The expert remarks that "these operations are carried out at the official value but the tax on exports must be discounted, if applicable." In this framework, a large number of service firms seek to settle in the neighboring country for two main reasons:

- The benefits of its tax system, since it offers exemption from taxes for 5 years to companies that settle their land

"The Argentine resident must declare before the AFIP, in the Personal Property Tax, the shares of the company located abroad. Eventually, he must impute in Profits the dividends that he distributes," Rodríguez warns.

Jonás Bergstein, from the Bergstein Study in Montevideo, tells iProUP that Uruguay offers institutional and economic advantages to foreign investors. They are to emphasize the tributary ones, between which it emphasizes:

- Income tax: Uruguay remains attached to the territoriality criterion. That is, it taxes income generated in that country and, with few exceptions, those obtained abroad are exempt.

- Wealth taxation: taxes the assets located in the country, not those that are abroad. In the case of companies, the rate is 1.5%

From the above, it can be concluded that companies without activity or assets in Uruguay are not subject to taxes in that country (with the exception of corporations that pay a control tax of about US $ 500 per year) 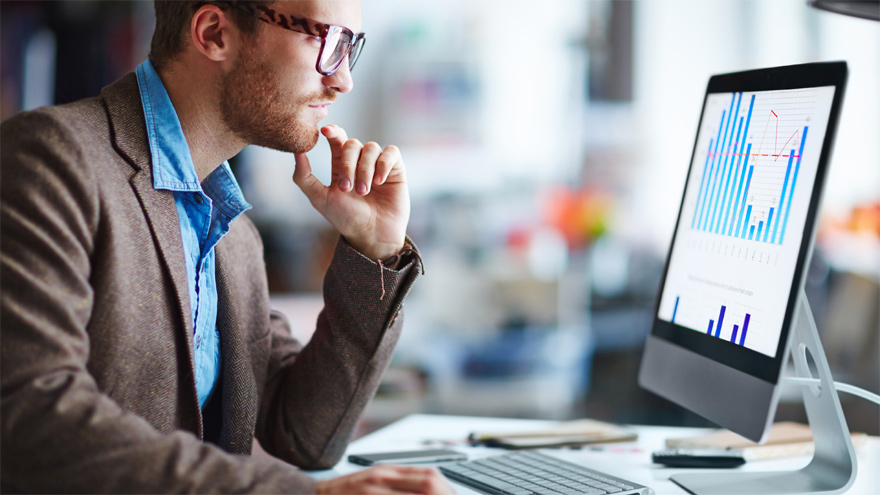 The sending of profits abroad is not taxed in Uruguay

The remittance of dividends and profits abroad is exempt if the firm does not have taxable income of local origin, which is an important advantage for a company of Argentine owners, such as Mercado Libre.

From the unicorn they assure that they do not plan to move their headquarters in Buenos Aires and note that it already has operations in Uruguay, in addition to Chile, Mexico, Brazil, Peru and Colombia. "The headquarters is Argentina", they emphasize, and highlight another issue that reinforces that, for the moment, it will not cross the pond: "We announced a few days ago the hiring of 1,250 people in the country."

In Uruguay, the company already has more than 900 employees, equivalent to 13% of its personnel in the region, and it is its second largest Spanish-speaking position. In fact, the neighboring country is a hotbed for important executives, such as Karen Bruck, VP of Marketplace for the region.

As soon as it reached eastern soil, it opened offices in Aguada Park, a global business platform that operates under Law 15,921, which establishes a series of customs and tax exemptions.

Thus, the company occupied 1,700 square meters of offices for user service and software development. Some time ago, it opened a new space in the World Trade Center complex, also under the free zone regime.

Since December, Uruguay has also hosted its CEO and founder, Marcos Galperín, who at the end of 2019 returned to his home in Montevideo after the defeat of Macrismo in the elections.

Although the company rules out that this was a political issue, Mercado Libre has several open fronts that intensify with the return of Kirchnerism:

- With trucker leader Hugo Moyano, for the representation of the workers at the logistics center he owns in La Matanza

- With the secretary of La Bancaria, Sergio Palazzo, who claims the affiliation of the employees who are dedicated to Mercado Pago, his fintech arm

- The Knowledge Economy Law, which will be dealt with these days and whose final text - if there are no changes - leaves it out of the promotion regime

Free zones and something else

Bergstein assures that "Uruguay has industrial, logistics, and service free zones and, recently, the law enabled the creation of thematic free zones", which offer these advantages:

- Direct and indirect users are exempt from national taxes

- The remittance of dividends or profits abroad by users is not subject to charges.

- Fees, royalties or interests paid by free zone users to people from abroad are not subject to withholding of income taxes in Uruguay

- The international trading system is useful for developers, since it is an optional regime to determine the net income of Uruguayan source derived from the commercial exchange. 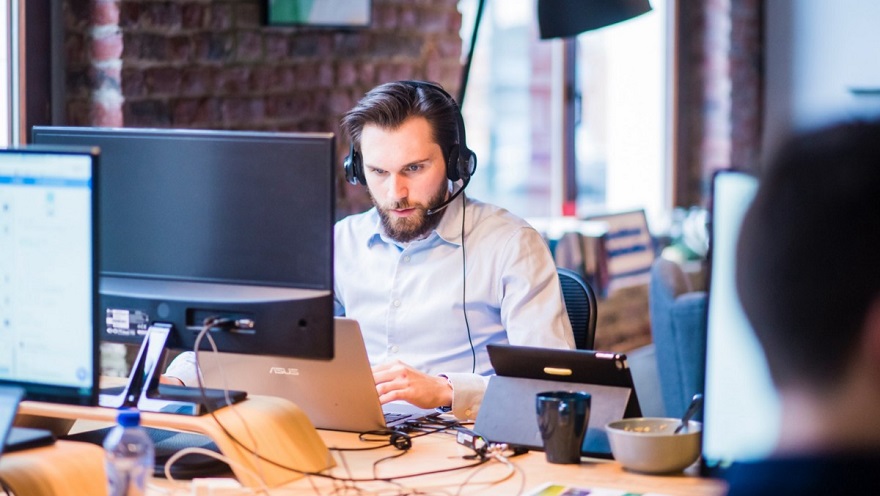 "It includes the activity of intermediation of services, provided they are provided and used abroad," says Bergstein. Thus, the taxable income is 3% on the balance between the sale price and the acquisition price.

Domingo Pereira, from the Bergstein Study, tells iProUP that "there is also a promotional regime for the software industry. To enjoy the exemptions, a substantial activity is required in the country. The higher it is, the percentage of exemption will grow," he says. .

This hardly reduces the incentive that some companies see these days: selling to the world from Uruguay to bypass the stocks and collect in dollars and, in turn, leave a part of the operational workforce in Argentina, to pay wages in pesos .

At the same time, in the case of small or medium-sized companies, there is a special program that exempts from income tax on economic activities (IRAE) 50% of the profits generated in Uruguay.

What company to constitute

According to Bergstein, the majority of the local companies that cross the Río de la Plata usually adopt one of the following legal forms:

But foreign companies sometimes act in Uruguay through a branch of their own headquarters: they do not constitute a new legal vehicle, but simply register the status of the foreign entity in the Uruguayan Commercial Registry.

In addition, the neighboring country recently established Simplified Stock Companies (SAS), which are currently at the center of controversy in Argentina.

"As for corporations, since their incorporation process usually takes a few months, the 'purchase' of companies already constituted, ready to operate immediately, and without prior activity, is of style," Bergstein reveals.

In practice, this process usually takes between five and ten business days, provided that there is a local director to represent the SA in a single signature and that all the necessary information and documentation have been duly gathered.

Regarding the SAS, the expert adds that "they aim to make available to young entrepreneurs and businessmen in general a platform or vehicle of greater flexibility, faster and lower cost constitution, and in general to free the company from the limitations that traditional types could represent, fundamentally the SA ".

Furthermore, they can be formed by a single founder, there is no minimum nominal or contractual capital required, and they can issue non-voting or multiple-voting shares. Finally, "investment companies" or "holding companies" are those SAs whose main purpose is to participate in the capital of other companies.

To the extent that Uruguay does not tax income from foreign sources or assets outside that country, this modality is usually considered an appropriate vehicle to organize the activity of a business group abroad.

Use dollars without restrictions, access tax advantages and build companies more quickly and easily. Thus, Uruguay became the most sought after plaza by Argentine technology companies to stay safe from the current economic situation.