Hybrid or electric: which car, of those sold in Argentina, saves more to travel 1,000km?

With different proposals to choose from, there are more and more questions about the differences in daily use. Also, do they require the same services?
11.02.2019 • 17.20hs •Innovación

- Volvo will have an electric version of each of its models from this year.

- Volkswagen will offer 80 electric vehicles before 2025.

- Toyota will definitely eliminate gasoline in 2050.

- Hyundai will manufacture 38 green cars in the next 6 years.

These are just some of the official projects, which coincide fully with the interest of developed countries: that polluting vehicles stop circulating in its streets.

In any case, companies are focused on the fact that the change in mobility is today and the challenge is to offer sustainable vehicles at a lower price, incorporating the new drivers into everyday life around the world.

Although in Argentina all this seems distant, the truth is that the first steps were taken and the automakers are "risking". In addition, the decision of one leads the other to have to "hurry" and more and more ads.

"We are facing a paradigm shift, in many countries in Europe in 10 or 15 years will not be sold more internal combustion cars, in Argentina had to start at some point," said Diego Vignati, Nissan Country Manager, during the launch of the LEAF, the first 100% electric passenger car for sale.

It is not the only automotive that made a decision in this aspect and the important thing is that the promises are coming true.

The first step for the introduction of new technologies in the local market was given by Toyota with the Prius hybrid, a car that combines a gasoline engine with an electric one.

The second important step came with Renault and the Kangoo ZE, a 100% electric utility, which is designed for a more "commercial" market because of its design, although it is available to the general public.

Then it was the turn of the Mercedes Benz GLC 350e, a hybrid version (in this case plug-in hybrid) of the SUV for the medium segment.

This high-end brand was followed by Lexus, which landed in December in the country with all its versions that can be chosen with conventional or hybrid motorization.

After each announcement, and with the models available in the dealerships, the change in the consumer was seen faster, who when talking about new technologies are seeing them as something more "real and palpable".

This was explained in one of the sales points of Nissan and Renault that offer electric. The same happened in the consultations made to Toyota: the automotive has been with the Prius for more years, but with the reduction of the extrazone tax by 35%, it lowered its price and added customers.

"With the growing offer and many companies talking about adding new models, in the many consumers they began in recent months to spin finely in each of the details that involve these cars, and the question, beyond the initial cost, is how much is saved on a day-to-day basis, "they explained at Renault.

Before the change of scene, in iProUP we consulted each of the terminals to really know what are the costs of having an electric or hybrid, what is saved and when can recover the high cost of the initial investment.

The electric passenger: Nissan Leaf
Nissan started the Leaf presale at $ 61,600, a car that has a range of almost 400km.

In this case, the value of the vehicle becomes more expensive because the internal tax reaches it, which is not the case with the Kangoo, which is a utility vehicle.

"The price of the Leaf is not available to the mass public, we would like it to be cheaper, that is not reached by the internal tax, so if we sell a lot or it will not be seen in the march, but it is a technology that is a trend world and had to start, "said Vignati.

Beyond the cost, the vehicle is very economical in daily use. And the remarkable thing is that the autonomy is real and safe on the road, when it accelerates and spends more, its cargo is conserved for a long time without practically moving. 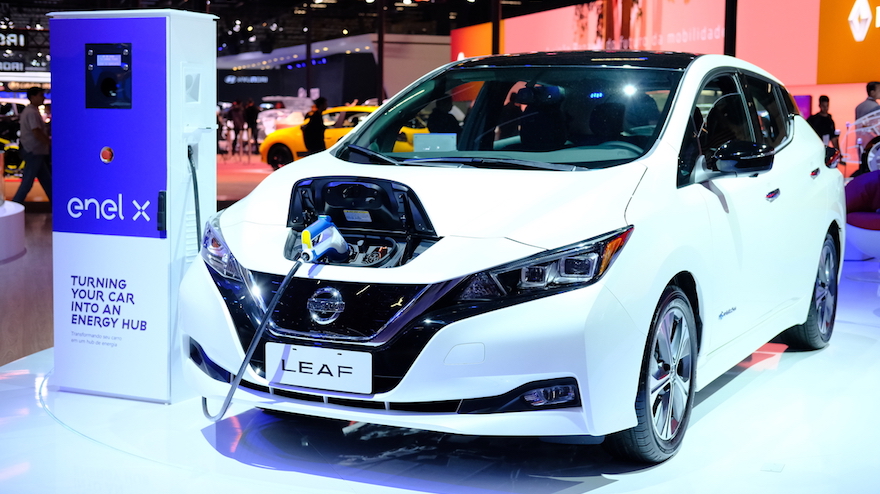 According to Nissan, the cost per kilometer is 70% cheaper in this car than in a conventional model. The calculations are the following:

- In an electric, that represents a cost of battery recharge of $ 0.36.

That is, to make a trip from Buenos Aires to Rosario, which is 298 kilometers, in a traditional car will be spent $ 1,108; while in an electric one, $ 107 will be needed to pay the electricity tariff.

If this equation is transferred to a larger route, for example, of 1,000 kilometers, with an electric one, $ 361.74 will be invested, while with a conventional vehicle, 3,720 pesos will be spent. That is, with the cost of the trip in a naphtero, more than 10 trips could be made in an electric one.

Of course, here are several questions: how much does the car cost and in what time is the investment recovered?

"There will be several kilometers that will have to be traveled to obtain benefits, but those who are encouraging and can afford this technology ensure that the choice goes beyond the price and has to do with a change in the mobility model in which the Less polluting technologies are gaining ground, "explains a vendor specially trained to market this model to iProUP.

That is to say, although the discourse to the Argentine reality always seems distant, the demystification is arriving and the traditional buyer understands it more and more.

Also the existence of the wallbox to install in homes and recharge the car in 8 hours or the emergency cable to plug it in any place make it easier the task of having the car always "loaded" to go out.

The utility that pays less services: Renault Kangoo
In addition to the Leaf, the electric that is on sale in Argentina is the Kangoo ZE. And in this case more advantages appear.

On the other hand, maintenance costs - very important for those who use the vehicle as a work tool - are also much lower.

According to the information provided by Renault Argentina iProUP, the relationship in terms of cost of fuel consumption is as follows: 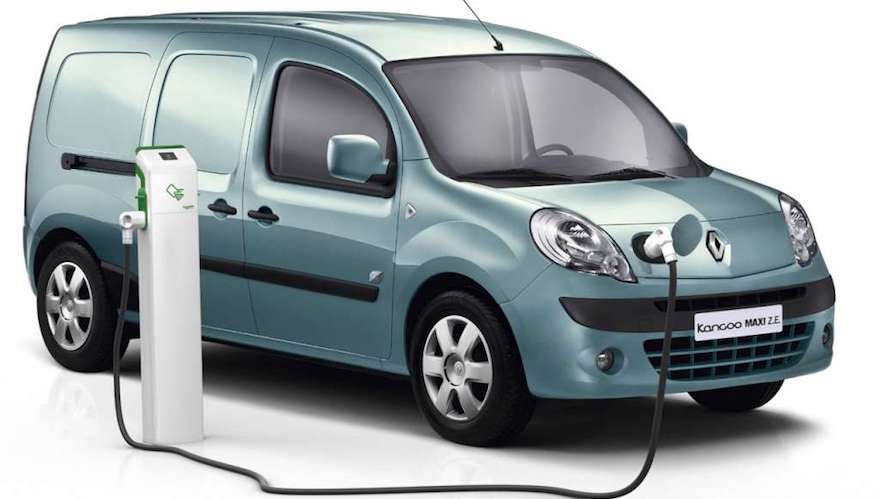 In addition, the Kangoo Z.E. it does not require changes of oil and fuel filters, spark plugs, or timing belts.

The only thing that may be required is the replacement of batteries, which have an approximate lifespan of 8 years. After that period, the customer must go to an official Z.E. vehicle dealer. and replace it. From the company is sent to Renault France for recycling.

Regarding the services, the values ​​are the following:

Hybrids: pluggable and non-pluggable
In the segment of cars that combine a combustion engine with a naphtero, the Toyota Prius, the new high-end Lexus (also belonging to the Japanese) and the Mercedes Benz GLC 350e stand out.

In these cases, the expense en route is greater because more fuel is used, but equally much less is consumed per kilometer.

This model is equipped with a naftero engine 1.8 of 98hp and an electric one of 72hp, with a nickel-metal hydride battery.

According to the company, the combined consumption is 4 liters per 100 kilometers. There is no need to recharge the battery because the car does it by itself, that is, it is not pluggable.

En route, every 100km, it declares a consumption of 4.9 liters, while in the urban cycle, when the car circulates with the electric motor at low speeds, it uses 2.4 liters.

Compared with a conventional medium car, the average every 100 km does not fall below 10 liters, except some very economical that can be reduced to 8 liters.

That is, with the Prius will be spent half that in a traditional car to fuel.

As for maintenance, the costs are similar to those of a Toyota Corolla, although the most important difference is that it has an 8-year warranty. For example, at 10,000 km, the Prius service costs 7,800 pesos. 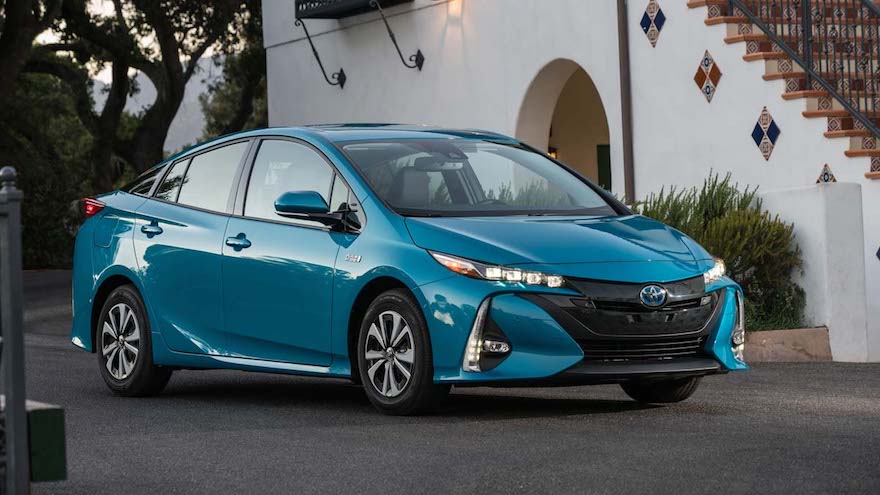 In the case of the Mercedes Benz model, which is a plug-in hybrid, the price is US $ 88,500. The interesting thing is that it is cheaper than other models in the same range, since the most equipped with naphtero engine exceeds $ 90,000.

This SUV requires to recharge the battery, which has 35km of autonomy. For that, you have to spend a few hours plugged into an outlet. This is done in a very short time, less than two hours, and the cost of electricity is very low.

As for the consumption of naphtha, it is a model with large engine: 2.0 turbo with 211cv and the automatic gearbox of 7 gears. The electric motor is 116 hp and 340 Nm of torque. When they work together, they offer 320 hp.

The consumption, according to Mercedes Benz, is between 2.5 and 2.7 liters per 100 km in a combined cycle (city-route). However, at 120km / h, where only the gasoline engine is used, it can amount to 8.5 liters per 100 kilometers, with a fuel mileage of 500 kilometers.

In urban use, you can only depend on the electric motor when driving at low speed and the expense is lower. If you use only the batteries, you spend 1.2 liters per 100 km. Anyway, the consumption is low when compared to an SUV of the same dimensions.

In this way, any new generation model guarantees a daily expenditure much lower than the conventional car. It will take time to recover the investment, but there is confidence that the automakers will democratize these technologies and they will be more and more accessible. In addition, diesel has time counted in several countries and, in the long term, the same will happen with naphtha.