ALERTA
Más artículos
What no one told you about the telework project: the points that would not be as beneficial according to the experts
iProUP | Empleo 4.0 | Debate

What no one told you about the telework project: the points that would not be as beneficial according to the experts

Experts in labor law point against some points not covered and that contradict assimilated practices within companies
Por iProUP
29.06.2020 • 00.59hs •Empleo 4.0

The isolation motivated not only that many Argentine companies migrated to remote work, but that several of them decided to extend it until the end of the year or to include it in the future in their normal operations thanks to the convenience in terms of costs.

In this way, more than a dozen projects to regulate them were presented in the Chamber of Deputies and came together in an initiative that on Thursday received half sanction and awaits treatment in Senators.

However, legal advisers already criticize several of their key points that they consider unhappy and could have some kind of modification when the project is debated in the Upper House.

"From the private sector, they point out against the greater rigidity of the regulations that is contrary to the flexibility that the same employees request and what is the practice that companies have been developing increasingly for some years," Hernán Cuenca Martínez assures iProUP, from PwC Argentina.

In addition, it emphasizes that "the project provides a rigid framework and with an outside perspective to the reality of its application in the current practice of labor relations, in which the multiplicity of situations in which remote work can be granted is not contemplated for this project. "

"It would be more appropriate to establish broader and programmatic guidelines in the law, so that it is the collective agreements that regulate the particularities of each activity with a closer approximation to the reality of each sector and within the framework that this practice is established", proposes the expert.

The labor lawyers who advise companies list twelve points that should be improved upon once the initiative is dealt with in the Senate and before it finally becomes law:

"The word 'telework' is not comprehensive enough. It could be called 'remote or home work', since this definition would cover all species: home office, remote work and telework," says iProUP Carolina Piatti, from Bruchou, Fernández Madero & Lombardi study.

In addition, the specialist recommends adopting "what defines the International Labor Organization as home work, as one in which a person performs her task with the following characteristics":

- In your home or in other premises you choose, other than the employer's workplace

- In exchange for remuneration

- In order to make a product or provide a service according to the employer's specifications, regardless of who provides the equipment, materials or other elements used for it, unless that person has the necessary degree of autonomy and economic independence to be considered as an independent worker under national law or court decisions

In addition, the expert remarks that a fraction of the time or proportion of the working day from which partial telework is considered should be established.

The project seeks to equate the worker who performs tasks in person with those who do it remotely, foreseeing that there will be no difference regarding the enjoyment of rights and obligations.

Analía Saitta, from KPMG, tells iProUP that "it will be important that, in the case of the population not covered by the Collective Agreement, these aspects are articulated on the basis of individual contracts concluded in this regard.

According to Piatti, "it should be specified that the remuneration will be the same for the personnel who carry out tasks in person as at a distance or, in any case, that it will be the one corresponding to the one stipulated in the Collective Labor Agreement, in case their application".

In addition, it highlights that for employees outside the agreement, the project should establish that the remuneration agreed between the parties will be applicable, and may not be less than that received by workers in person.

The text refers to preventing the connection outside the scheduled hours with the worker, omitting to consider that the current legal regulations have an overtime regime.

Piatti proposed that the teleworker's working day should contemplate the general rules of labor legislation, without prejudice to the parties agreeing to a free distribution of their working day at times that best suit their needs, always respecting the maximum limits of the daily working day and weekly.

Lucas Tamagno, from Allende & Brea, tells iProUP that the project establishes the obligation to establish in writing in the employment contract - or in an addendum to it - the schedule in which the employee will perform, establishing a duality between the hourly or objective regime. "Many companies today establish objective work regimes so that the employee can structure them according to their convenience or life structure," adds Tamagno.

But he added that "this represents a risk for companies because many times the Labor Justice considers that the only valid legal regime is the one established on the basis of an hourly work scheme, since there is no legal regime that is sustained based on compensation of hours between each working day ".

Tamagno points out that it should be borne in mind that if the employer requires the worker to provide tasks, even when their connection is not necessary, outside the stipulated working day, he could claim the payment of overtime.

"The project should bear in mind that overtime is not prohibited hours, but rather voluntary acceptance by the worker, provided that the daily and weekly maximum is not exceeded, and is compatible with the rule that between one working day and the beginning of the other there should be 12 hours of rest, "emphasized Piatti. 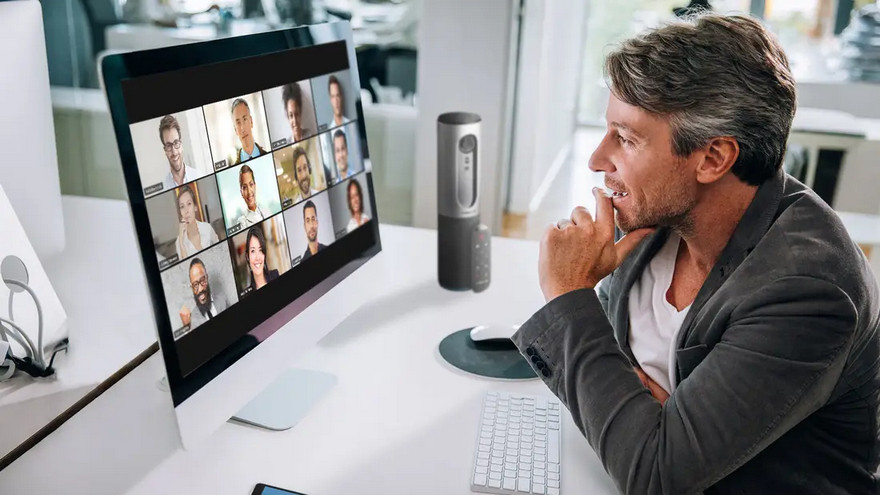 RIGHT TO DISCONNECT. A point discussed, since customer emails can arrive at any time

For her part, Saitta considers, with respect to the employer's obligation not to send communications to the employee outside of working hours, that "it is of controversial application, beyond its intention".

"In establishing this obligation, the current dynamic communication framework has not been taken into account, for example, email exchanges in labor relations are often general, group recipients or come directly from customers, suppliers or the same working group, "says Saitta.

The opinion of the Deputies includes a norm that is not foreseen for the workers who carry out tasks in person.

"The standard is broad and generic, since it does not specify the way in which the employee must prove that she is responsible for the care of minors, the elderly or people with disabilities," says Piatti.

And he warns that "to this must be added that it is presumed that any action by the employer that prevents compliance with these tasks could give rise to claims, founded or not, for discrimination", for which reason he claims "that this article be eliminated, since the Law Anti-discrimination already provides for the protection of these rights. "

According to Piatti, although it is reasonable for the employee to give his consent regarding the change of face-to-face modality in writing, its revocation at any time could cause serious difficulties for companies that do not have a physical place in their establishment to reassign the worker in face-to-face tasks.

"In the event that the worker wants to withdraw the consent she gave to return to remote provision, the company would be obliged to always have a place available in its establishment or in another to relocate the worker," explains Piatti.

Therefore, the expert promotes that "the possibility for the employee to revoke her consent regarding remote provision should include that the consent of the employer in this regard is also required."

Lastly, the specialist asks that it be added that the employer is empowered to require the worker to attend the establishment in person to give and receive feedback and follow-up on their work, and to participate in team meetings, among other reasons, notifying the worker with the due anticipation.

"The project does not refer to the damage or breakage of the elements or instruments that are attributable to intentional acts or acting with serious fault of the employee. In this case, the worker must compensate the employer," says Piatti.

"Nor is it mentioned that the improper use of the work elements or instruments may be the cause of disciplinary sanctions, nor does it contemplate the worker's obligation to reimburse the employer for the elements, tools and materials that were provided for remote provision, whatever the cause of termination of the employment relationship, "says the specialist.

Piatti recommends that the expenses be endorsed and paid by means of the respective vouchers, as provided for in the Employment Contract Law in the case of per diem.

Julieta El Yar, from the study of the same name, suggests to iProUP that, "since the regulations indicate that they are amounts exempt from Profits, it should also clarify that it is free of social charges, also including the amounts corresponding to the Risk Law of the Work, so they do not constitute higher remuneration for any purpose. " 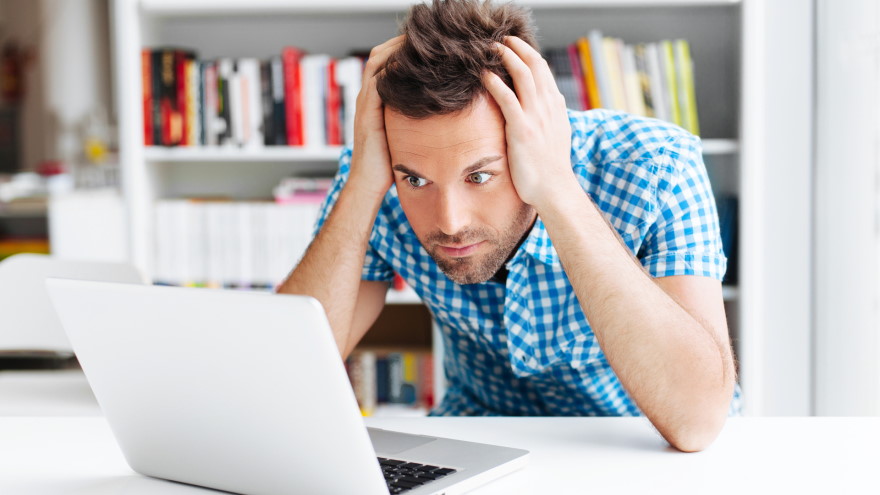 EXPENSES. According to experts, they are already contemplated in current legislation as per diem

"In order to avoid any type of litigation, if the nature of these payments is established in the law itself, upon questioning by the Treasury or the employee, who consider that this compensation of expenses is higher remuneration, it would only be left to a matter of fact and proof that the amount paid for this concept is reasonable and has sufficient documentary support, "says El Yar.

"The project would take for granted that the teleworking modality will generate professional ailments that should be included in the list of professional illnesses," warns Piatti, who recommends that it be corrected.

Piatti describes as "absurd" that in order to protect the property and information owned by the employer and the privacy of the worker, the participation of the union is required.

"There is no relationship between confidentiality and the ownership of the employer and the privacy of the worker, and it would be very striking to entrust the sensitive information of a company to the union, whose objective is to defend the professional interests of the workers," added the expert.

The initiative indicates that for the hiring of foreign people not resident in the country, the prior authorization of the enforcement authority will be required.

"There is no reason to transfer to the Collective Labor Agreements and regulations the cap on foreign personnel that may be hired at the local headquarters in Argentina," says Piatti.

Thus, the project on telework obtained a half penalty and awaits treatment in Senators. And it will be necessary to see if it finally becomes law so that labor legislation adapts to the "new normal".