ALERTA
Más artículos
They are boom in the City: all models and prices of electric bicycles "top" market
iProUP | Innovación | Green wave

They are boom in the City: all models and prices of electric bicycles "top" market

The possibility of covering greater distances, with zero expenses, tempts the users of cars to leave them in the garage. These are the options
Por iProUP
20.05.2019 • 19.00hs •Innovación

Cars that use electricity instead of fuel are moving slowly but steadily and, little by little, the range of models in Argentina is expanding. Today, the only 100% electric are the Nissan Leaf, for passengers and the Renault Kangoo ZE, a variant designed for work.Among the bikes, the trend is just a little more lukewarm: Zanella and Gilera are two of the traditional firms that offer a "green" option each, and have added to the offer of importers such as Lucky Lion, among the best known .

In the field of bicycles everything seems to be much more on track. To the point that they are more and more frequent to see them exhibited in traditional businesses, with proposals that are hardly differentiated by their physiognomy: the battery is usually subject to the picture and have a display on the handlebar, in the case of the most common.

In a quick search among the electric models that can be bought today (most of them are offered by popular sale websites or directly promote their products on social networks), at least a dozen signatures are registered that give rise to a wide range of options.Within reach now

Among the most traditional national brands that bet on the segment is Winco, known several decades ago for its record player Wincofón. In full digital transformation, today offers advanced appliances, such as robot vacuum cleaner, and now ventured into the field of e-bike. 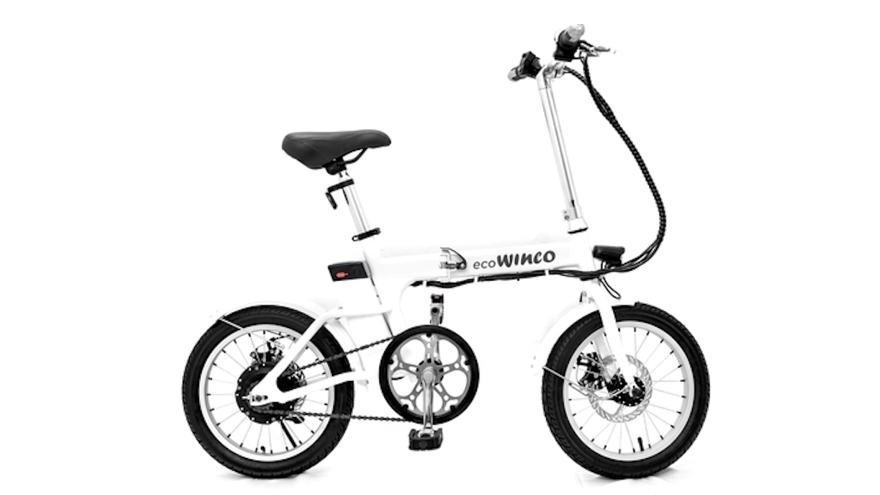 The latter, which has a basket hanging from the handlebar, is able to assist with pedaling for 30-35 kilometers thanks to its 36V lithium battery. 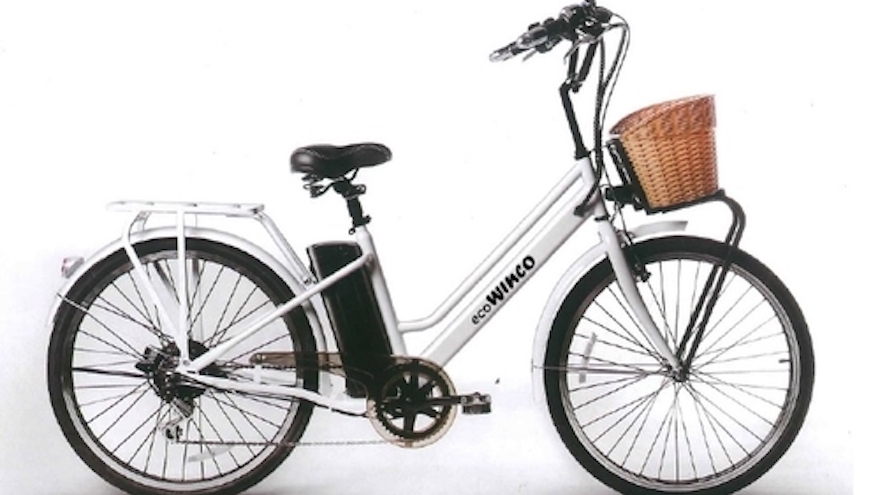 "With an e-Bike you can develop long distances without major efforts, thanks to the assistance, it becomes easier and easier to change your lifestyle," says Felipe Luongo, product manager of Philco e-Bikes.

The firm offers a six-month guarantee and has a wide network of technical services registered throughout the country.

Rolls are available on the company's website and at the official store in Mercado Libre, with a suggested retail price of $ 39,000 for the ride and $ 49,000 for the folding.

In addition, they are exclusively designed by the company and are certified under the IRAM 40.020 and 60.020 standards (replica of the international standard ISO 4.210). That is, IRAM required laboratory tests of the products and inspected and verified all the plants in which they are produced.

E-Trotter Electric Bikes is another of the pioneers in Argentina and explains on their site how they decided to create their brand from an experience lived in 2009 in Europe aboard one of these shots. 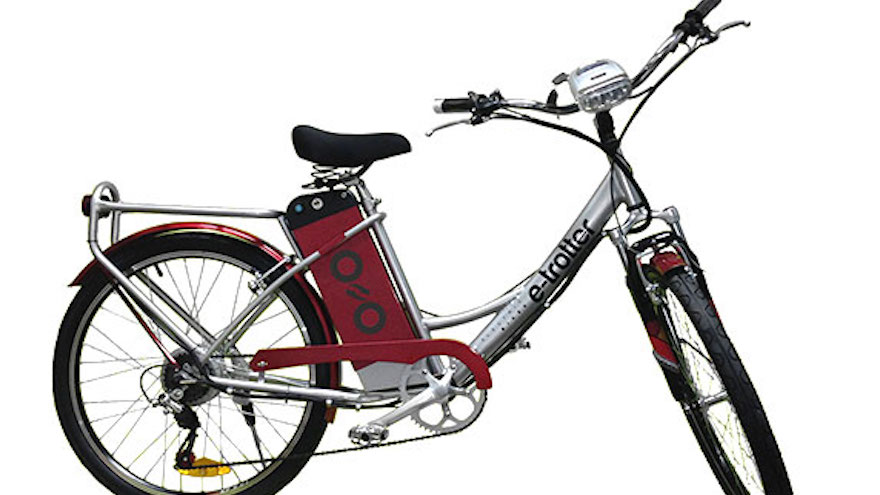 Currently, it offers six models that average between $ 37,840 and $ 61,900. The difference is in the power of the battery and the design.

The "top of range" is the Beta Smart 360 V E-Trotter that, thanks to a 37-volt lithium battery, can reach a range of between 40 and 60 km, always depending on the conditions of use. 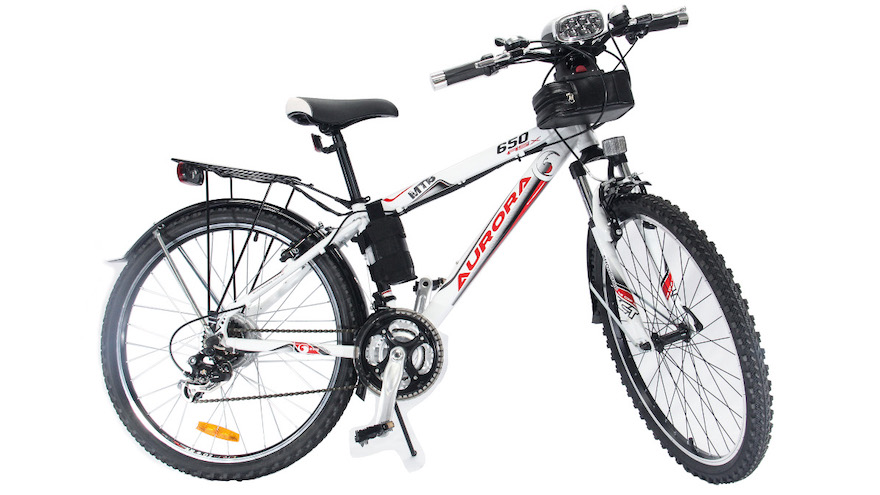 It has 5 levels of assisted pedaling and the official right throttle grip, whose maximum speed is 25 km / h. The load lasts five hours and its aluminum frame is fully collapsible.

EMOV is the name of another firm of local origin that, for these days, is on everyone's lips for its new and evolved Brina 2 model, which costs $ 1,690.

It is an e-bike built in carbon fiber and weighing only 16 kilos. Through the Hyper-Smart application, a guided navigation is accessed and it is feasible to check the status of the battery and the bike in general. 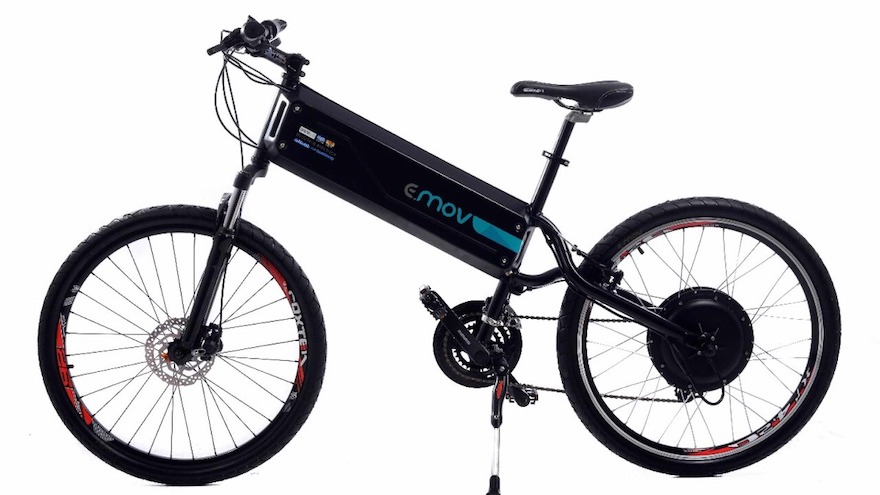 Of course, it is an electric wheel that thanks to its lithium battery Samsung reaches a range of up to 50 kilometers of travel and a maximum speed of 38 kilometers per hour.Save time and money

There are several benefits offered by electric bicycles. Among them, that the person does not arrive at the work sweaty or agitated because of the pedaling.The other great incentive that most businesses emphasize is the saving not only of time to get to place, but also of money.

"Do not pay patent, you do not have to load gasoline or spend in parking, it has the same maintenance of a common bike," they say from E-trotter.

Another highly valued advantage to switch to the electric is that there are inclusive models. In this segment, Movex stands out, a company created by Nicolás Gili and Claudio Cavalchini from Cordoba under the motto "Alternative Mobility".

The firm, which has electric bikes, recently added a tricycle to make it easier for elderly people and also those with a disability to have a means of transport that allows them to move around the city.

This electric tricycle, whose autonomy is 37 kilometers at a constant speed of 24 kilometers per hour, can transport up to 130 kilos, including a 40-kilogram cargo box. In addition, it weighs only 50 kilos, has a length of 1.78 meters and a width of 68 cm.

"We have clients with disabilities who are very satisfied with the product, a girl who is immobilized from the waist down and a grandfather who has Parkinson's disease thanked us because with this model they can move more easily and safely," said Gili.In addition, he remarks that "there are people who could not even go shopping before and today with the tricycle they can do it", Gili completes.

On the other hand, indicates that the price of its models Spring and Mark (with bike seat and without reverse gear) are around $ 1,300, while the Mark Health (with seat and reverse) costs $ 1,600.What if I already have a bike?

In addition to the new models that are born electric, another option that many are inclined to buy a kit to transform their own bike into one of this type.Usually, the e-bike firms themselves offer the kits to adapt the engines. One of them is Ecletas.

His main mentor, Jeremías Gigene, is the one who takes care that the old bikes not only recover utility but also can be driven by electric motors.

What is the change? It must adapt the center of the rear wheel, where the engine goes, which is induction and free maintenance.

"The base is screwed to the frame, in which a removable battery goes, we put a screen on the handlebar and add a handle that acts as an accelerator," adds Jeremiah.

Prices vary according to the capacity and strength of the lithium battery. "There are kits with batteries of 350, 500 and 1,000 volts.Your choice will depend, beyond the values ​​-which range from $ 35,000 to $ 45,000-, of the area in which one is going to transit and, logically, the distance to travel.Useful dataFor those who have in mind to buy one of these models, from the shops they give some recommendations.

- Firstly, the autonomy of the batteries, which will result in the maximum speed at which it can be circulated (it is suggested that it be between 20 and 25 km / h)

- It is more recommended that the battery be lithium, since the gel is heavier and lasts less. All come with a support to remove them

- Recharge system. The bikes can be powered from a 220-volt outlet. The time varies according to the capacity of the battery and it ranges between 3 and 6 hours

- In case of exhausting the load, they can work like a conventional bike. The equipment (battery, motor in the wheel and electrical part) weigh between 3 to 7 kilos

- Most models have a pedaling assistant or you can directly dispense with your accelerator.

- All recommend using the equipment as assistants, that is, never stop pedaling. The assistance modes allow different types of power: from 4 to 9 modes.

The increase in supply is accompanied by a change in the consumer and a need to save on transportation, since the use of the car is increasingly "prohibitive", with the constant increase in maintenance costs.To that is added a traffic that, in the City of Buenos Aires, is increasingly collapsed and it is difficult to arrive on schedule.

These factors, coupled with the fact that new generations do not see the purchase of a car as a priority issue, make alternative media more and more prominent and provide great benefits to the pockets of users.